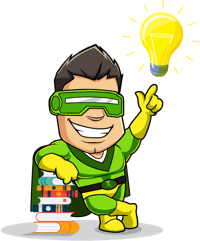 Single leg training is extremely important in all populations, from bodybuilders to elderly and even elite athletes.  We all know life takes place one step at a time, and this alone is a reason to knock out a few sets of single leg movements.  However, research has shown a single leg movement will produce more force and have increased muscle activation when used alone compared to using both legs together.  In addition, the stability and balance required with single leg movements is a trainable quality, and everyone can benefit from increased joint stability and core balance.  Lastly, when performed correctly, single leg movements will work through a large range of motion, which in addition to recruiting more muscle fiber will increase range of motion around a joint.

With your personal training clients, be sure to try some of these progressions!

The first progression is one essentially any population can do and can progress through rather easily.  There is bi-lateral stability (except in the “flight” phase of walking and in place lunges, in which case a single leg will control the entire body and external weight) with unilateral resistance.

This second progression is far more advanced, and definitely becomes a venture in itself when trying to tackle this progression.  There is both unilateral stability and resistance.

(Same as SL Box Squat, just stand on top of a 10lb plate to increase the range of motion)